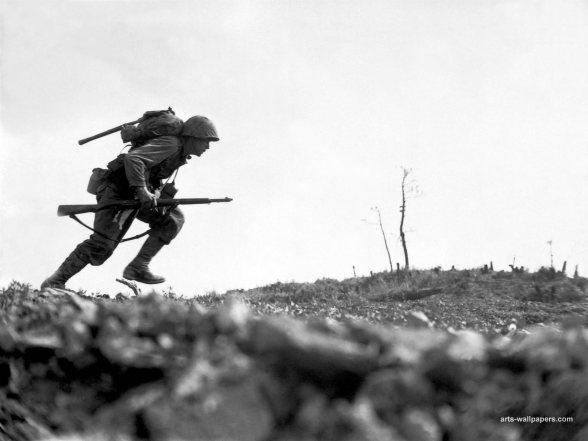 The title of this blog can relate to almost any area of life today.

If you are over 50 you can probably remember a time when life was much calmer; people weren’t so uptight; the news wasn’t so depressing; political parties tended to work together in congress for the good of the people; and for the most part, everyone got along with everyone else.

Did everyone agree? Of course not, but there was a certain civility and respect that permeated our society.

The 60s change a lot of things. Many of the changes had ripple effects into other areas of life that I’m not sure we understand even today. Since then it seems that we have become more uptight, less peaceful, less respectful of other people, less tolerant not more, and less hopeful – as a nation and as individuals.

Many people – mostly the older crowd, remember life before the 60s nostalgically and long for the good ol’ days, while those who were born after the 60s scoff at the thought of every going back to the days of Ward, June and Beaver.

The post-60s crowd is right – you can’t go back. But does that mean that we’re destined for ever-increasing bickering and division in our society? Isn’t it possible for us to move forward and do it in a civilized manner, respecting our differences and honoring those with whom we disagree?

Here’s where I take issue with my own tribe. As Christians we have failed to set the example. In fact Christians have often been at the forefront of the political wars – and it’s difficult to tell who’s a Christian and who isn’t. We’ve made things worse not better. That shouldn’t be.

I’m not suggesting that Christians avoid controversial issues – I’m simply saying that we shouldn’t do battle the way other people do battle. Our attitudes, methods, responses and reactions are to be distinctly Christian. If they aren’t then we may will the battle but we’ll end up losing the war. Not the cultural war perhaps, but the more important spiritual war. The war for the souls of men.

Over and over the Bible implores us to be careful how we walk through life (Galatians 5:16, Ephesians 4:1, Colossians 1:10, 1 Thessalonians 2:12). In fact we are not to act like other people act (Ephesians 4:17) and we’re not to act in ways that fulfill our natural desires (Romans 8:1).

The Apostle Paul reminds us that though we walk in the flesh, we do not war according to the flesh. For the weapons of our warfare are not carnal but mighty in God for pulling down strongholds (2 Corinthians 10:3-4).

What would happen if Christians actually began to act like Christians? If we approached the political-cultural issues with a Christ-like attitude, spiritual weapons, and dependence on God instead of on a political party?

What would happen if we really understood that the war is essentially spiritual in nature and began to fight it that way?

No one questions the fact that the America of today is not your father’s (or grandfather’s) America. 2014 is not 1960. Just to show you how life has changed in the past 54 years, consider that in 1960:

• 12% of Americans sited alcohol as a source of family problems, today it’s 30% – we’re becoming more dependent as a nation

Some of the commonly accepted practices in 1960 seem totally outdated to us today. For example women could not obtain a credit card without their husband’s signature, serve on juries in most states nor attend most Ivy League schools including Yale and Princeton (not until 1969). It’s clear by the evidence that we’re not living in 1960. We’re not even close. Things have changed.

Other changes, and I would argue that these are far more consequential changes, have brought detrimental results to our society: drug use is up; the divorce rate is up; our sexual mores are down; our respect for authority is down; church attendance and religion in general is down.

The question is where are we headed as a nation? Another question that we need to ask is; is the direction in which we are headed the right one? Your answer to these questions will be determined by a number of things including your age, your political leanings, your faith and your personal preferences.

While this issue cannot be solved in one blog post, for the Christian there are several things that we need to remember:

1. The direction of our country does not need to define us. We are pilgrims and sojourners on this earth (Hebrews 11:13, 1 Peter 2:11), citizens of another kingdom (Philippians 3:20) and we should be defined, not by this culture but by the culture of the King of Kings.

2. The direction of our country should provoke us to love and good works (Hebrews 10:24). We don’t stop doing the right things because our culture is marching down a broad path to destruction – we double our efforts; we try twice as hard. We don’t let the evil in our culture overcome us, we overcome the evil (Romans 12:21).

4. The direction of our country may not be right but the direction that we are going is absolutely right!