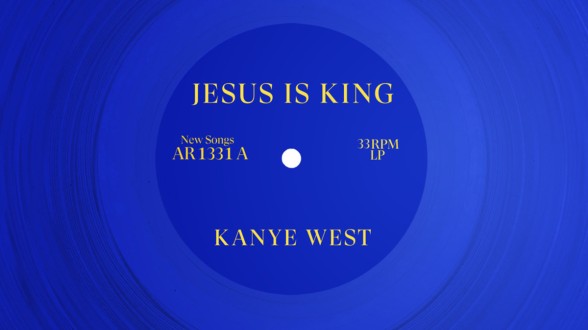 I’m not into the world of secular music so it’s not surprising that I know little to nothing about current musicians and their music. However, my interest level did go up a few notches when articles began to appear recently in both the religious and secular media concerning Kanye West – of whom I admittedly know very little.

What I have read (you can read here and here) is that he has had some kind of religious awakening – call it what you will. His latest album released this past week, Jesus is King, is said to be overtly religious. Apparently, Kanye has dabbled in religion for many years, but in the past year has turned somewhat more serious, even hosting weekly religious gatherings for his staff and friends called Sunday Services.

There are those who are thrilled by his new-found commitment to Christ and those who see it as a publicity stunt. I have no idea and I’m content to leave any judgment up to God.

Here’s where I think we need to be careful. It’s not spiritually wise to make a spiritual novice the face or hope of Christianity. Some people are excited, anticipating the great spiritual influence that a public figure like Kanye can have on people, especially on young people. And he may – we’ll have to wait and see.

But let’s not put more responsibility on his shoulders than we should. The Apostle Paul addressed this issue in writing to Timothy regarding spiritual leadership: not a novice, lest being puffed up with pride he fall into the same condemnation as the devil. Moreover he must have a good testimony among those who are outside, lest he fall into reproach and the snare of the devil (1 Timothy 3:6-7).

Granted this is a qualification for Elders in the church and no one that I know of has suggested that Kanye should be or even wants to be an Elder. But it is still sound advice and should apply to everyone in spiritual leadership.

While I can’t say with any degree of certainty, from what I have read, it does not appear that Kanye falls into the category of the spiritually mature. He needs more time to grow and to demonstrate that good testimony not only to those in the church but especially to those who are outside.

In the meantime, those of us who are naturally suspicious and may lean toward the is this simply a publicity stunt ? (and even some non-Christians have suggested as much) need to be kind in our assessment and judicial (pharisaical?) proclamations.

Like most things in life, it will become clearer with more time and a little grace.

Stay in the Word