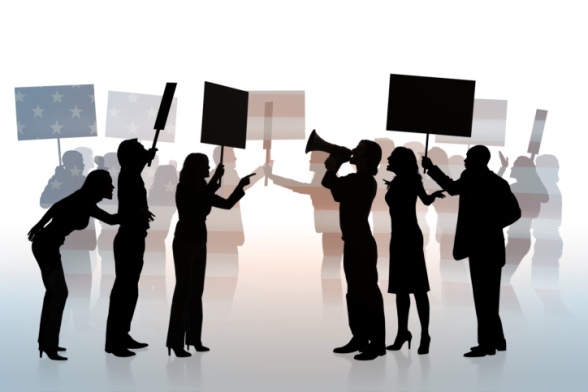 Thankfully the 2016 political season will soon come to an end. I get the sense that America is weary of the advertisements, political posturing, and the rancorous atmosphere that has engulfed our nation.

Sadly we are a divided nation with a lack of respect for those on the other side of the divide. And no matter who wins the presidential election, half of our nation will declare themselves winners and the other half as losers. The winners will gloat and try to force the losers to accept their worldview and corresponding policies and the losers will respond in anger and attempt to stymie the advance of the winners at every conceivable juncture. This scenario will play itself out regardless of which party wins and which party loses.

Strangely, both parties will use the same terminology and arguments. They are destroying our country. They don’t represent me. They are evil.

Sometimes it’s difficult as a Christian not to get caught up in all of the rancor and bitterness.

But it’s important that through all of the acrimony of the next eight days, even of the next 4 or 8 years, that we keep a heavenly perspective. Not just a view OF heaven but a view FROM heaven. A view INFORMED by heaven.

So here are a couple of things to keep in mind.

2. There are more important things in life than who is elected president. Such as the gospel, the Word of God, the church, your testimony, and the Kingdom of God. Keep your priorities straight.

3. Don’t allow the darkness of the political world to dim your light. Too many Christians been caught up in the anger that is sweeping our country that it has affected their light. Keeping a bright light is more important than electing a president.

4. Prayer is more important than voting. I’m not suggesting that voting isn’t important. It’s just that prayer is vastly more important. Here’s a thought. Try to spend more time praying about the election than posting your views on Facebook or trying to persuade your friends to vote for a particular candidate.

And remember the words of an ancient ruler:The most high rules in the kingdom of men, [and] gives it to whomever He will (Daniel 4:17).